Just when you thought buying the bike was the end!

It’s a damn good thing I saved a bunch of cash buying my DSR used. Of course that savings went right into spending money on this stuff!!! And in some of my descriptions of these items I say “when I crash” does not mean I intend to crash or crash often. I’m just accustomed to our old saying “If you’ve not crashed, you’re not fast.” Old thoughts die hard. And I trust gear that has been crash tested, not in the lab but in real life and at speed on tarmac. We also had a saying “Tell me about your accident and I will tell you why it was your fault.” Yup I’m a big believer in high situational awareness and riding like others are trying to hit you. Unlike at a track where we had corner workers, flag people, two ambulances on stand by, run off into kitty litter, on the street there isn’t any of that. You don’t necessarily have drivers in off road only areas, but I bought a dual sport meaning I’m not trucking/trailering my bike to off road areas. I ride there.

Back in 2001 I was ‘thinking‘ about purchasing some new gloves for the track. So I asked Helmut – the man who made our team’s custom race leathers about gloves. In his thick German accent he said “Mark I only carry Held gloves. Here is the pair I recommend to all racers including Jason Pridmore who I sponsor and who trained you at STAR school. They are $450.00.” WTF did he say four hundred and fifty effing dollars! When I balked at the price he said “Well Mark it’s only your hands….” So I took a big gulp and bought them. Used them that following Sunday at Laguna Seca. As I was trying to catch an AMA rider I low sided in turn 3 a right hander after Andretti corner. My right hand got stuck under my throttle and I was trying to pull it out but I could not….until I hit the kitty litter. I got my bike up and got back on the track. When I entered the pits I looked at my glove. The ENTIRE carbon fiber knuckle guard was worn completely flat down to the Nomex liner. I took off my glove and not a scratch. The following Tuesday I went back and bought another pair. Effing Helmut just looked at me and smiled. So yes I’m partial to Held. 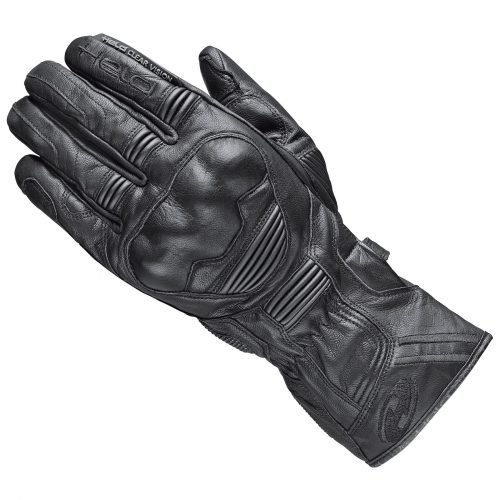 I am so happy to have discovered these Helmet Friendly Sunglasses! Inexpensive and fit so well. Because the temples of the glasses are flat and the width of the glasses are just slightly less wide they fit in my helmet like a dream. My only wish is that they make clear ones sometime in the future. I’ve asked….

So back in the day I wore Vetter heated vests and then Aerostich heated jackets under my Darian Jacket and Roadcrafter suit. It was so easy back then on my smoker bike since I just wired the harness onto the 12v battery terminals. Done! But now with my EV bike there is not a 12v battery, how ironic! LOL And although Zero does supply two separate plugs I opted to go with battery powered clothing. Several reasons, first I’ll never worry about messing up my wiring harness and second I can wear these when I’m off the bike too. I’ve tested around 6 of these vests from Amazon and opted to keep these two.

OK so like the heading says this vest DOES NOT COME WITH A BATTERY! I have several 10000mA batteries so that’s not a problem. I like this because it is inexpensive and I can opt to have the back and front of the vest heated at different levels. It’s really great for moderate to cold temps as I wear it over a t-shirt and under a pull over fleece. It’s also great when I’m just out and about not on the bike. Great value. 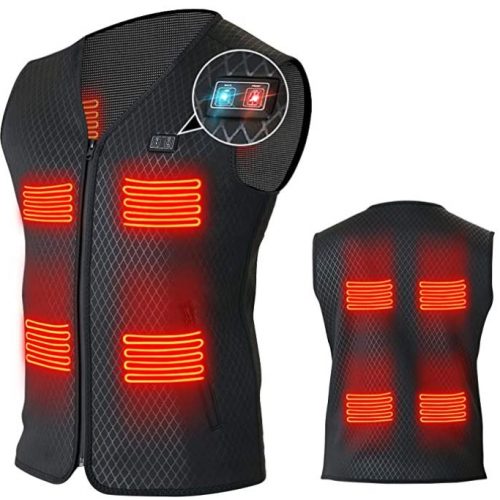 What set this vest apart from the others I tried are several things. First the power switch is not on the front left of the vest, but inside the left breast side. Second the power bank is not located in a pocket or near the frontal hip area, but at the oblique portion of your body in a separate zippered compartment. Having the battery in the front pocket area can be felt when I’m in the seated position on my bike. The battery pack uses a regular USB plug to charge the unit rather than a 5.5mm plug to AC converter like most of the others I tried. By using a regular USB outlet I can charge the battery via my solar panel when I’m camping rather than using a solar generator to convert and AC current to DC. And finally it’s damn warm even if it’s not turned on. I use this for rides where I know that the weather will be very cold. And off the bike it’s so good too! 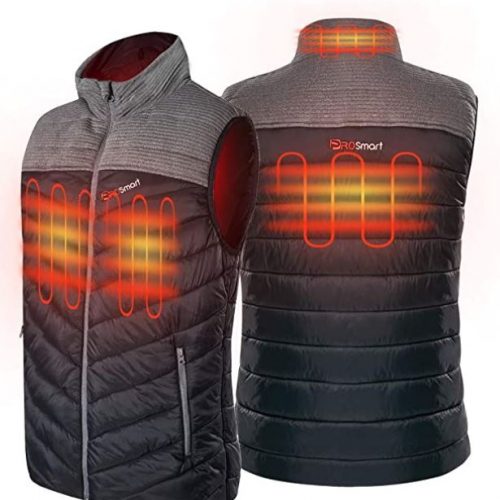 These gloves fit my hands so well, you know like a glove! They use individual batteries and the charger charges both at the same time. I cannot attest to crashing in KLIM gloves like my Held pair, but as far as I know Held does not make heated gloves. When I crash wearing these I’ll report back…. 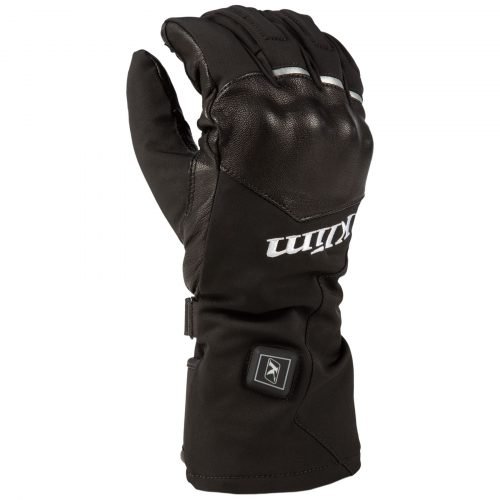 I go with what I know. Sidi road race boots kept my feet and ankles safe the entire time I rode. I originally wore them when I got the Zero. I discovered race boots ain’t made for walking. I have a pair of Daytona boots I used to wear street riding, but it seems my feet grew so they are now too small…go figure. I tried on a pair of these and it was all over. So comfortable to walk in too. I giggle that both sides have shifting pads on the toes, you know why! 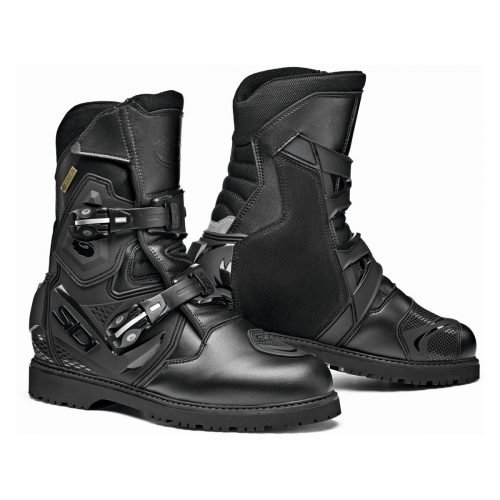 I still own an Aerostich Darian Jacket and Pant set that I use. Owned those for over 25 years. But of course I just ‘had’ to buy some new stuff….LOL! And this demonstration of riding jeans I found interesting. Motorcycle jeans destruction test

Man this thing is comfortable. And it flows air well too. Fits to size as well. Not crash tested yet, so when I do you’ll read the results here if I still have my hands. 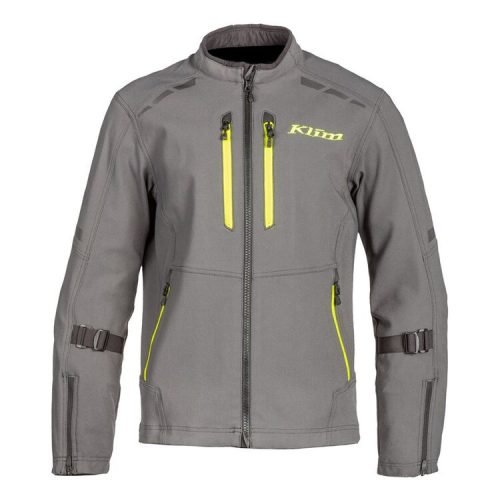 For me KLIM has hit it out of the park with their Marrakesh line of clothing. These pants fit so well and they ‘do’ flow some air through them, but not as much as I had expected. That is quite a good thing though since they are cool, much cooler than the KLIM K jeans I own. Fit to size so get the normal size you wear. So great they come in tall and short lengths too. Not yet crash tested. 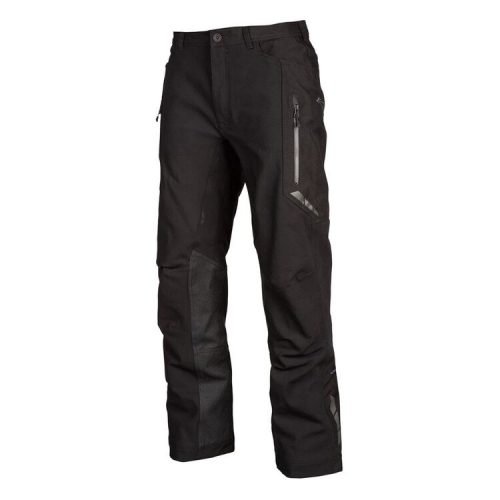 OK so I bought these to wear “almost all of the time” because well they’re jeans. I find them comfortable to walk in too. But after having purchased the Marrakesh pants I would not have purchased these. I don’t really care how I look. 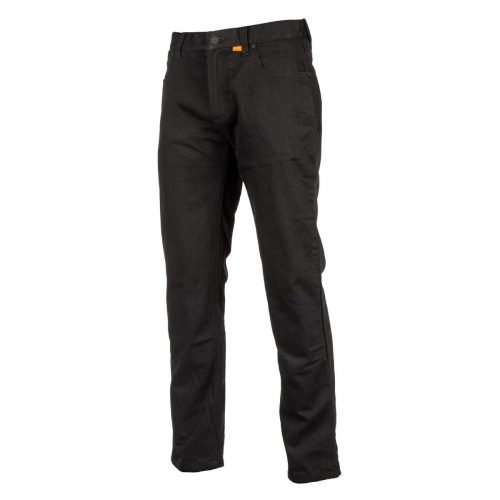 OK so I stopped street riding in 2002, which means it was way before everyone had what I call a ‘belly viewing device'(BVD) aka cell phone. At the beginning of this list I quote our old saying “Tell me about your accident….” and of course it had exceptions. First it could not be your fault if you are traveling through a green light that’s been green for over 10 seconds and someone blows through a the red light and broadsides you. The second one that you ‘could prevent’ is if you are at a signal stopped. We were told to keep our eyes on our rear view mirrors until a car stops behind you. Then you can relax a little. Unless someone rear ends them and they move into you….

Now I see people using their BVDs while they sit at traffic signals and often their cars ‘creep’ forward as they are attending to their all important Instagram feeds. So when I found this helmet that has a built in rear view mirror, uses NO batteries I was sold. I have an Arai head so it fits me well. It’s a bit heavier than my Arai and warmer too. But other than that I’m loving it. My only wish is they made it so that the ear recesses are deeper. If I want to place speakers into the helmet I can’t do so. So nice to just look up to watch what’s happening behind me at a light. And glancing up as I’m riding too. Takes about two days of riding to get used to having a rear view mirror in your helmet. After that it becomes second nature. Of course I still use my side mirrors. This is just an added safety benefit. And any advantage to keep me from getting F’d is worth it to keep riding and not in a trauma center. 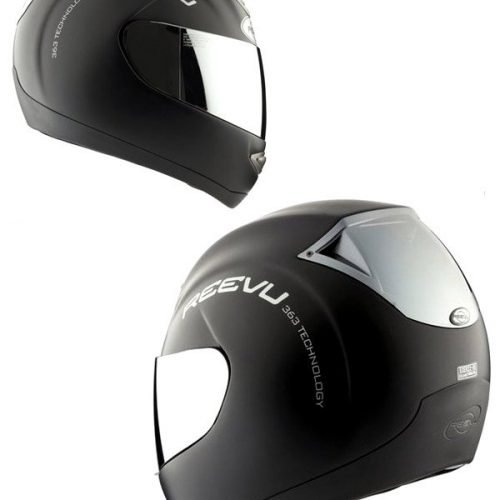